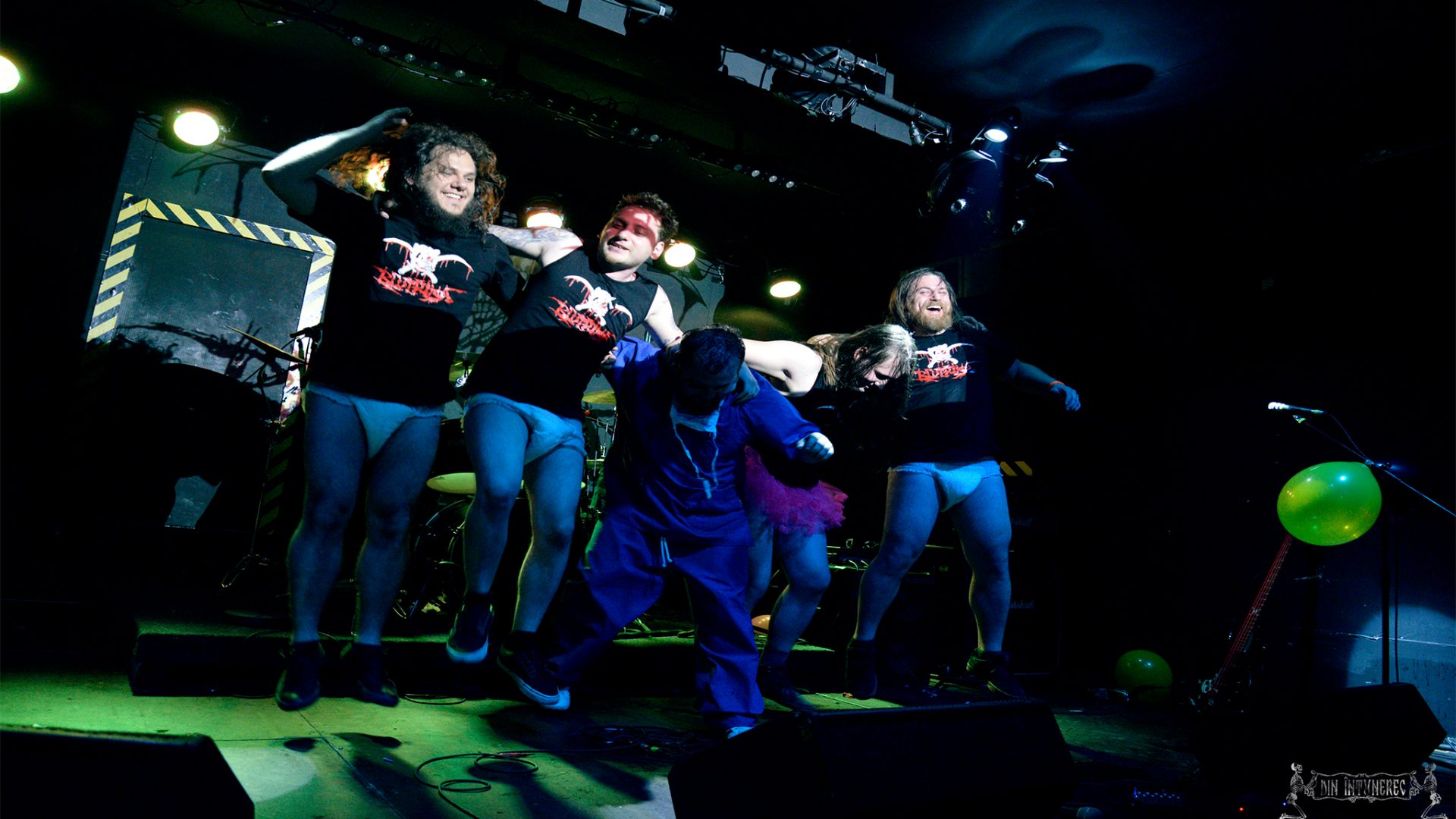 A nice event took place on Saturday, 27th May, in Fabrica. I was glad to be part of the crowd, as well as a photographer. So far so good; the night began quietly and people started coming in and despite the weather, around 100 people had already gathered before the first band started to play. 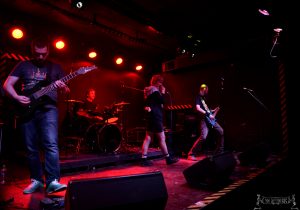 The first band to play was Visions of Madness; a 4 piece, female fronted, hardcore/punk/metal band from Bucharest. It was the first time I saw them and they were actually a nice surprise to me. Since I am doing a little project based on the idea of “Women in metal”, I was happy to see how great Andreea did the vocals. As they say about themselves, they are “merging elements from metal subgenres with a twisted underground view, hectic energy and elevating the sound through different states of mind and dark passages.” I do admit that I am not a fan of this genre, but I did enjoy the atmosphere of the show. If you don’t know these guys you should check them out!

The second band was Cut to Fit, from Finland. I was impressed how nice they sounded despite the fact they were only 2 guys?! The drummer was also the vocalist and he did a very good job. I may call their music as sludge/ grunge with growlings. It was the first time I have seen them live. The band is active since 2008 and their first released was a rehearsal tape called “Untill We Record Something More Terrifying”. In December 2008, the band recorded these songs, and fourteen new songs, but ended up releasing just the fourteen new songs as “Slaughterhouse Live” in May 2009. 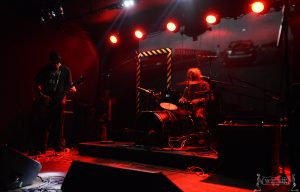 Some technical issues I’ve noticed during the whole night where that the vocals volume was way too low and I had some difficulties in distinguishing it from the instruments.

Moving forward to the 3rd band of the night, named Kyliga Dalen, which was the less impressive to me. The guys are a ghetto crustcore d-beat punk band from Budapest. Since I am not a fan of the genre, I can’t comment upon the show that much. Some teenager spirit combined with rage and noise.

The last band, which was the biggest surprise of the night, needs no introduction: Blutrină. Their show was the release party of their debut album “Looney Fuckin’ Grind” about which we wrote here.  Baloons, funky clothes, diapers and all the stuff to make a complete grindcore image did not lack in their show. The crowd seemed to be into their music. They presented themselves on stage as “loonytics” escaped from an insane asylum, four of them wearing diapers and one of them being the doctor who was suppose to be the sane one (but I don’t think he was). Wall of death and moshpits, all were exactly right where they needed to be, like an OEF atmosphere (I had fun myself); Lots of fun and happy to see that people still know how to feel good. It’s a pity if you, who are reading these lines right now, are a grindcore fan and you weren’t there on Saturday. Shame!

Until the next picnic party! Don’t forget to bring the sandwiches too  !

Special thanks to Axa Valaha Productions & Coro to make this event possible ! 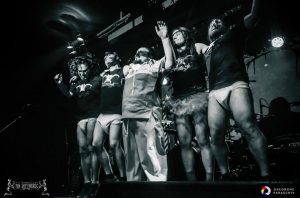 Harakiri For The Sky & Fjord 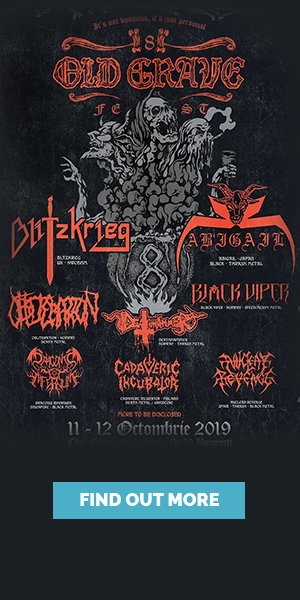