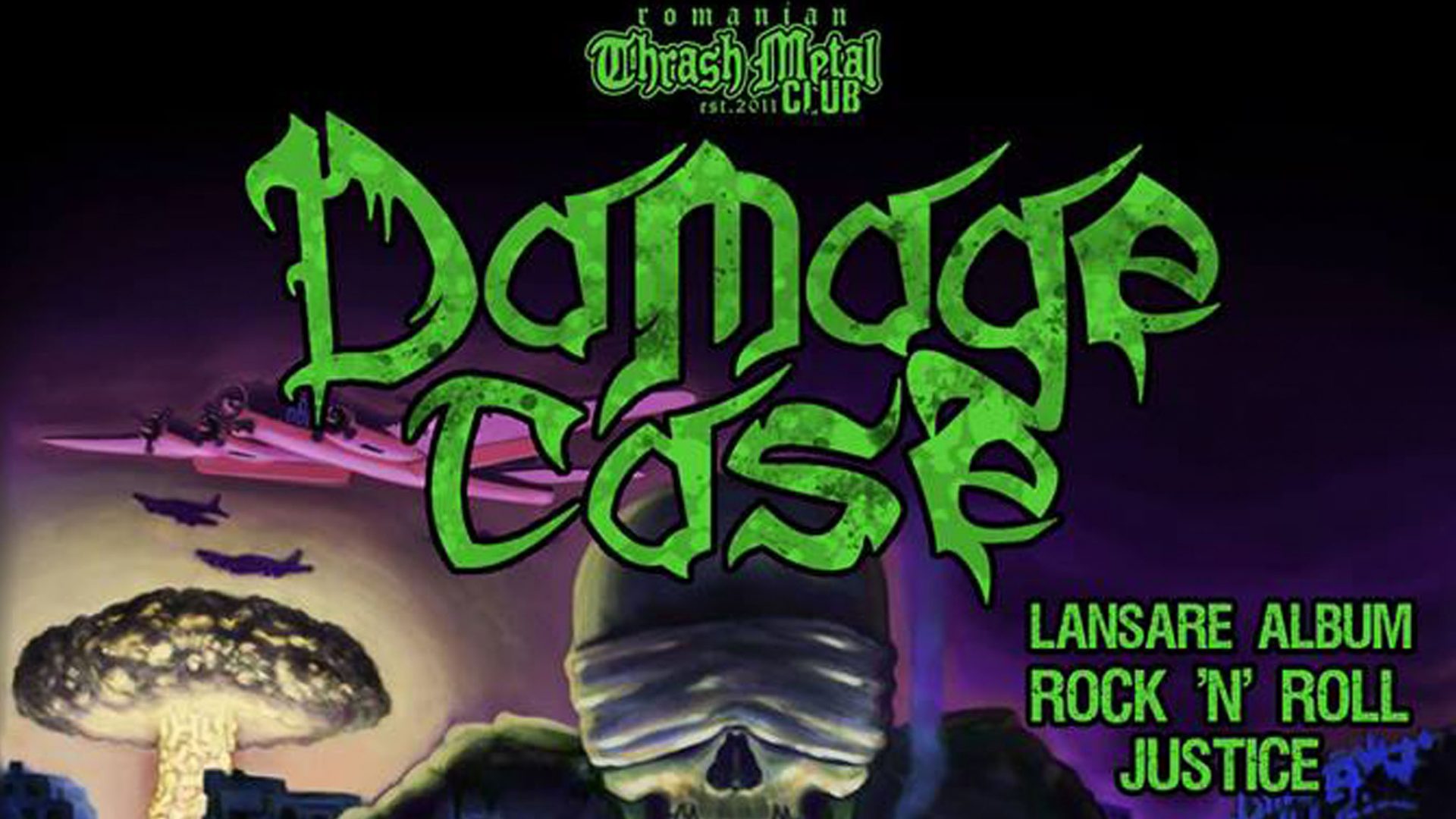 After about six years of activity on the Romanian underground metal scene, Damage Case, whose sound was defined as speed metal / rock’n’roll, is releasing its first album,”Rock’nRoll Justice”, a material that encompasses many rock n’roll, chaos, fun and excess experiences.

The material was recorded, mixed and mastered at OsimetriC Studios by Oase, and the cover art was made by Bony Bonyard. We’re waiting for you on December 9th, in Hybrid Club, starting 20:00 hours to enjoy a rock’n roll party with Crossbone and Slicer as guests.

“The R’n’R Patrol” was born in 2010 as a project of pure passion for thrash made by Dragos and Codrin, and after a few component changes now has a stable line-up consisting of Dragos Coman (lead guitar & vocals), Codrin Stamate (drums & backing vocals), Nicky Barbu (rhythm guitars and vocals) and George Nicolae (bass). In 2015, Damage Case released the first single – Speeding with the dead – accompanied by a video, which was made on the occasion of winning the first edition of the contest ,,Ce se intampla, rockere?”. The band was on stage at concerts and festivals in Bucharest (Old Grave Fest, Metalhead Meeting, UMR Fest), but also in Timisoara(Student Fest), Chisinau (Sheer Terror Fest) and Sofia (Running Free Fest), and shared the scene with bands such as: Toxic Holocaust, Unleashed, Iron Angel, Artillery, Grave, Entombed A.D., Manilla Road, Hellcanon, DeathHammer, Ambush, Violentor, Reactory, Infest, Sodomizer, Virus, Inciter, Solace of Requiem, Primordial, Mentally Defiled.

Crossbone was born in October 2012, these talented boys with a terrible admiration for old school thrash had countless concerts worth taking into account, sharing the scene with bands like Bio-Cancer, Chronoshere, Violentor and many others. They already have 2 CD released and they are preparing their first video. The line-up consists of Mihai Parchisanu – guitars / vocals, George Nicolae – bass, Popa Andrei Mihai – lead guitars / backing vocals and Malin Neamtu – drums.

Slicer started in 2016, and it has 4 members. Slicer is perhaps the only black / thrash band in Bucharest. Strongly influenced by bands like Midnight and Motorhead, and crazy about speed, alcohol and Satan, Slicer stands out in a simple, fast and aggressive style. 666!

Tickets will be available at the entrance in Hybrid Club, at the price of 10 lei. 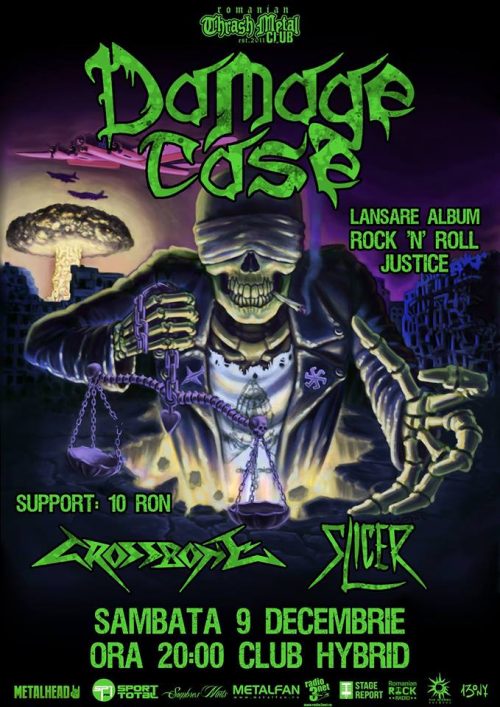